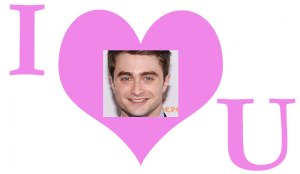 NOTE: This is a post was originally posted February 23, 2012 on the Humanist Community Project —HarvardHumanist.org

No, I’m not a crazed Harry Potter fan. In fact I’ve only made it through one and a half of the books (I got bored honestly). I do plan on going back at some point because I’ve heard bits and pieces of some of the material that didn’t make it into the movies and I find some of the class politics of the magical world interesting. The movies were really fun fantasy epics that I appreciate and that is as far as my Potter-fandom goes.

My Radcliffe-fandom however has only increased since the last movie wrapped.

Over the past year or so, articles have been flying about the interwebs about quotes and interviews where Radcliffe has been open about his atheism, this has been especially useful when I speak to people about humanism and can now add to my famous non-theists a younger person who almost everyone can recognize. Sorry to the many great intellectuals and famous folks that are non-theists, but while Sam Harris is quite dashing, people don’t look at his photo and recognize him as one of their favorite characters of their childhood (or adulthood for the older fans).

So Radcliff is an atheist and that is neat (and useful for talks) but what REALLY has me using less-than-three emoticons around his name is his charity work, specifically the Trevor Project but the broader story here is that atheists, humanists, and non-theists do good work. We are motivated to help those in need not based on heavenly reward but from an deep impulse to help fellow human beings, or as I like to say, we are motivated not from without, but from within.

And if you ❤ Daniel as much as I do, you will probably ❤ ❤ ❤ the Humanist Graduate Community at Harvard (HGCH), which, for its third annual Spring Break Service Trip, will travel to LA to work with the Trevor Project (http://www.thetrevorproject.org/) and other groups that support LGBT youth in crisis.

In the past year there seems to be a unique moment happening nationally around visibility in the larger nontheist community. It seems everywhere I turn there are bill board campaigns, print advertising, bus ads, commercials, and more. Not in humanist publications but in the places you’d least suspect. Which are the places I would argue they are needed the most. The Freedom From Religion Foundation has launched a billboard campaign in Raleigh, North Carolina. Another pair of campaigns are the OUT campaign and Consider Humanism Campaign.

I’ve heard from humanists both positive and negative rections to the various campaigns that have come before this one about how they either make folks feel proud and excited or left worrying about the negative fallout. I’ve also heard and read debates similar to this one about LGBT Pride Festivals and Parades and the perception of the LGBT community. That by having sexy Go-Go boys that are mostly naked — in the parades, not on a humanist billboard — that we aren’t winning over people to our side but instead upsetting those who were fine with gay people but now are not. I don’t really buy this debate that we lose supporters by increasing visibility. I agree that there can and often is fallout and reaction, sometimes even dangerous reaction. I do not think these campaigns (for either community) are about conversion. I’ve never decided what I believe about the universe or whether I’m attracted to men by billboards or parades. I have felt validated though, I have felt pride, I have felt safer in the moment.

I was talking with someone recently about traveling in the south and she shared that while she sees pro-LGBT bumper stickers all the time around Minneapolis when she visits family in the South seeing them means more to her. I can relate, when I’m in an unfamiliar place I look for things that bring me comfort and when I’m somewhere I don’t think I belong because of who I am I especially look for reassurance that it is okay I’m there and on a deeper level that I’m safe. I realize seeing a bumper sticker or billboard won’t actually help me if someone wants to hurt me, but knowing I’m not the only one of whatever personal identity is feeling stressed by a situation helps and that is where these sorts of campaigns really help. They help the 12 year old who is in a family and a place that they can’t choose or control feel like they aren’t the only one even when they’ve never met another person like them.

I grew came of age with Will & Grace and Buffy the Vampire Slayer as a teen and high schooler. The queer and non-Christian characters showed me that there are people out there who aren’t straight and who aren’t Christian (both of these types of people were novelties for me). There shows didn’t keep me from being teased at school, but knowing that all the people in my life I’d met up to that point didn’t represent all the possibilities gave me hope. Sometimes when your in a place you don’t want to be, surrounded by people who don’t think you should be the way you are, that little bit of hope and knowing really counts. Now I’m surrounded by people who validate and reflect who I am but when I was young I remember the first gay character I ever saw on TV, I remember the first atheist I read about. I remember thinking if I’m not the only one then there isn’t something inherently wrong with me and if I’m not the only one then others have done this before. Would I still not believe in God if I hadn’t watched Buffy? Most assuredly. I also would have kept quiet about it longer and wouldn’t have used the word wiggins or contemplated the plural of apocalypse as a teen. Seeing parts of ourselves reflected in our environment doesn’t dramatically change who we will turn out to be, but that assurance can shift how safe we feel, keep us going, and keep us sane.